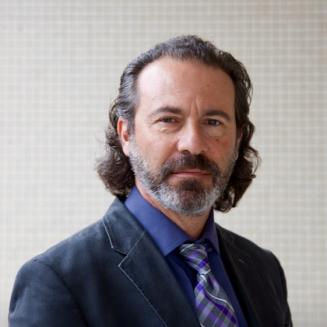 A public health and primary care physician, he served as Chief of the UCSF Division of General Internal Medicine at San Francisco General Hospital (SFGH) from 2009-2020. In 2006, he co-founded the UCSF Center for Vulnerable Populations, whose mission is to promote the health of vulnerable populations through discovery, collaboration, advocacy and policy change. Dr. Schillinger served as Chief Medical Officer for the Diabetes Prevention and Control Program for California from 2008-13. He previously directed the ambulatory care clinics at SFGH. He co-directs a national course on Medical Care of Vulnerable and Underserved Patients and edits a textbook of the same name. Author of over 300 peer-reviewed scientific articles, he has focused his research on health communication for vulnerable populations, carrying out a number of studies exploring the impact of limited health literacy on prevention and control of diabetes and heart disease, and related interventions to improve both communication and health outcomes. He has been awarded grants from NIDDK, AHRQ, CDC, NLM, NEA, and private foundations in the field of health communication science. Dr. Schillinger contributed to the 2004 IOM Report on Health Literacy and authored a 2012 IOM Publication defining the attributes of Health Literate Healthcare Organizations. As part of the UCSF Global Health Sciences Institute, he collaborates with colleagues at INSP and UNAM in Mexico to co-direct the UC-Mexico Diabetes Public Health Research Initiative. He also directs the UCSF Global Health Sciences Masters course on NCDs.

He was honored with the 2003 Institute for Healthcare Advancement Research Award, the 2008 Research Award in Safety and Quality from the National Patient Safety Foundation, the 2009 George Engel Award in Health Communication Research from the American Association of Communication in Healthcare, the Bay Area Research Mentor of the Year Award in 2010 and the 2016 Institute for Health Policy Career Mentoring Award. In 2013, he received the Everett M Rogers Award from APHA in recognition of his lifelong contributions to advancing the study and practice of public health communication. In 2017, he was honored with the San Francisco Heroes and Hearts Award and in 2021 he received the inaugural Noncommunicable Disease Innovation Award by the World Health Organization.

Dr. Schillinger has been instrumental in local public health regulation of sugary drinks, and served as the scientific expert for the City and County of San Francisco in defense of a lawsuit filed in Federal Court by the American Beverage Association for an injunction against the City’s ordinance to mandate health warning labels on billboards advertising sugary drinks. From 2018-21, Dr. Schillinger served as co-chair for a federal diabetes commission; his efforts led to a report that contains transformative recommendations for an all-government, trans-sector response to the epidemic. He also co-created a youth-led diabetes prevention social media campaign, The Bigger Picture Campaign, http://thebiggerpictureproject.org/, supported in part by the National Endowment for the Arts, NIMHD, and The California Endowment. The Bigger Picture has received numerous film and media awards, and received the 2014 Latino Coalition for a Health California Award for Youth Leadership and the Spirit of 1848 Social Justice Award from the American Public Health Association (APHA) and the 2015 UC-Community Partnership Award. In 2016, Dr. Schillinger was honored with a James L Irvine California Leadership Award for his innovative work in to improve public health literacy and address the epidemic of Type 2 diabetes. This led to the scaling of The Bigger Picture campaign with 8 spoken word programs across California; youth poets of color and their poems were recently highlighted in a 2018 JAMA publication and an associated New York Times feature story. He was recently featured in a PBS documentary, "Blood Sugar Rising," and an Arte documentary aired in Europe, "Un Monde Obèse," which together have been viewed by over 12 million people.