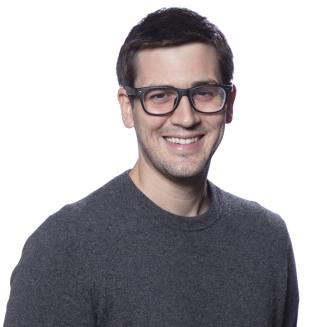 Awards and Honors
Excellence in Public Health Award, US Preventative Health Service
Pride 30 Innovator, NBC
Overview
Jack Turban MD MHS is an Assistant Professor of Child & Adolescent Psychiatry at The University of California San Francisco and Affiliate Faculty at The Philip R. Lee Institute for Health Policy Studies. His research focuses on the mental health of transgender and gender diverse youth, with a focus on research relevant to public policy. He is co-editor of the textbook Pediatric Gender Identity: Gender-affirming Care for Transgender and Gender Diverse Youth. His research has been cited in major court cases regarding the civil rights of transgender people in the U.S., in state legislative debates around the country, and in the United Nations’ independent expert report on conversion therapy.

Dr. Turban is regularly consulted by the media to comment on issues regarding mental health and topics related to LGBTQ health. He and his work have been quoted over 100 times for outlets including NPR’s All Things Considered, The Daily Show with Trevor Noah, ABC’s 20/20 with Diane Sawyer, The New York Times, NBC News, Rolling Stone, The Washington Post, Vox, Reuters, GQ, Vogue, CBC, and Vanity Fair, among others. He has consulted for the U.S. Department of Defense and major tech companies on issues related to LGBTQ mental health. He currently serves on the scientific advisory board for The Upswing Fund, a collaborative fund created by Melinda Gates to support adolescent mental health during the COVID-19 pandemic.

Dr. Turban’s original research and opinion pieces have appeared in The New England Journal of Medicine, JAMA, The New York Times, The Washington Post, The Los Angeles Times, Vox, Scientific American, The Hill, STAT, Psychology Today, JAMA Pediatrics, JAMA Psychiatry, The American Journal of Public Health, and The Journal of The American Academy of Child & Adolescent Psychiatry, among others.