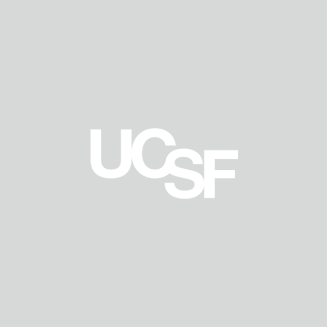 Incorporating a variety of quantitative and qualitative methodologies, as well as community participatory research, Dr. Brindis’ research focuses on program evaluation and the translation of research into policy at the local, state, and national level. As a bilingual, bi-cultural researcher, Dr. Brindis’ research and personal commitment focus on ameliorating the impact of social, health, and economic disparities among ethnic/racial populations, with a particular focus on women, young adults, and adolescents and reproductive health. For example, in the area of reproductive health, Dr. Brindis led a multidisciplinary evaluation team evaluating California’s Office of Family Planning’s Family PACT program, a Federal 1115 Medicaid waiver. Evaluation findings indicate that this program has successfully served annually nearly 1.3 million women and men, helping to avert approximately 300,000 pregnancies per year annually. For every dollar spent on the program, an estimated savings of $5.83 in medical and social costs is realized through the prevention of unintended pregnancies up to five years after birth.

Dr. Brindis’ policy research focuses on how disparities impact health outcomes, including access to quality care and health insurance coverage, as well as examining the impact of migration and acculturation, as well as social determinants of health, on Latinx. Research interests also include consumer engagement in health care system re-design, tracking the implementation of the Affordable Care Act (ACA) on adolescents, young adults, and women, including barriers encountered in enrolling these and other marginalized populations, assuring the delivery of confidential care in an era of electronic health care records, effective substance abuse treatment strategies, with a special lens on women’s health, and research on the health and mental health needs of Dreamers (Deferred Action for Childhood Arrivals or DACA), Other research projects include evaluations of the state of California’s comprehensive teenage pregnancy prevention programs, the UCSF Pre-term Birth Initiative, the University of Southern California’s Annenberg School of Journalism’s Health Disparities Media Fellowship Program, and the effectiveness of water policies in California schools. Throughout these and other projects, Dr. Brindis is committed to the translation of research into action, as well as pursuing strategies for closing the gap between evidence-based innovation and its application to policy and programs. As a result, within the interface of research and public policy, Dr. Brindis is often called upon to help a variety of community groups, local, state, and the federal government, and international entities in helping to translate research findings for purposes of policy planning and development of new program interventions. As a policy advisor to federal, state and local policymakers and private foundations, her research has been utilized extensively in the planning of state and federal initiatives, including the implementation of the first school-based health center in California, the development of a statewide adolescent pregnancy prevention initiative, the development of the first California strategic plan for adolescent health, as well as at the federal level, the development of essential health benefits for women’s preventive health services.

Apart from numerous peer-review journal articles, Dr. Brindis, along with the UCSF Center on Social Disparities in Health and the Bixby Center for Global Reproductive Health, completed research and developed a film aimed at policymakers and communities, entitled, “A Question of Hope: Reducing Latina Teen Childbearing in California” (http://bixbycenter.ucsf.edu/videos/video-lo-1.html;) Spanish version: http://bixbycenter.ucsf.edu/videos/video-lo-3.html). In addition, she has also co-authored a monograph on implementing the Healthy People 2010 Adolescent Health Objectives, with the CDC and the Federal Bureau of Maternal and Child Health, “Improving Adolescent Health: A Guidebook for States and Communities” (http://nahic.ucsf.edu) and co-authored a report “Creating a Health Research and Policy Agenda for Im/migration Between Mexico and California” http://bixbycenter.ucsf.edu/publications. Dr. Brindis co-authored “Advocacy and Policy Change Evaluation: Theory and Practice (Stanford Press, 2017).

Dr. Brindis is past chair of the Population, Family Planning and Reproductive Health Section of the American Public Health Association (2003-2004) and the Board of Directors for Advocates for Youth, Washington D.C. (2003-2005). Dr. Brindis has served on many expert panels, including the Institute of Medicine (IOM) Committee on Pediatric Health and Health Care Quality Measures, the Committee on Preventive Services for Women, the Committee on the Health and Well-Being of Young Adults, and the Committee on Neurobiological and Social-Behavioral Research on Adolescent Health. At UCSF, she is past chair of the Chancellor's Advisory Committee on the Status of Women. She is the recipient of numerous state and national awards, including the California Department of Health Services with the 2000 Beverlee A. Myers Award for Excellence in Public Health, the Association of Maternal and Child Health Programs, Washington, DC, with the annual 2001 John C. MacQueen Lecture Award, the 2005 Federal Maternal and Child Health Bureau Director's Award: “In recognition of Contributions Made to the Health of Infants, Mothers, Children, Adolescents & Children with Special Needs”, the UCSF’s Chancellor’s Award for the Advancement of Women in 2009, election to the IOM (now National Academy of Medicine) in 2010 and elected to the NAM Council in 2019, the selection in 2012 as Alumni Hall of Fame awardee from the UCLA School of Public Health, the 2014 Carl Schultz Lifetime Achievement Award from the American Public Health Association, UCSF’s Lifetime Achievement in Mentoring Award in 2016, and in 2019, selected as one of the UC Berkeley’s School of Public Health’s most influential alumni on the occasion of its 75th Anniversary of its establishment.- See more at: http://healthpolicy.ucsf.edu/people/claire-brindis-drph#sthash.KvzG0BOg.dpuf