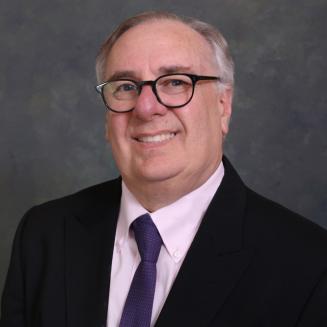 Awards and Honors
Distinguished Scholar Award, American College of Rheumatology-Association of Rheumatology Health Professionals, 1995
Arthritis Investigator Award, American College of Rheumatology, 1998
Elected to Membership, National Academy of Social Insurance, 1999
Clarke Award for Outstanding Research, Arthritis Foundation, 2003
Clarke Award for Outstanding Research, Arthritis Foundation, 2003
President's Award, American College of Rheumatology-Association of Rheumatology Health Professionals, 2010
Overview
In the broadest terms, Dr. Yelin’s research has emphasized the health policy issues related to chronic disease. Much of the research has been conducted about persons with various forms of musculoskeletal disease with funding from NIAMS, although he has also conducted studies about the impacts of asthma and other pulmonary conditions, cancer, HIV-related conditions, mental illness, and disabilities associated with chronic disease. Dr. Yelin is perhaps best known for his work on employment among persons with arthritis and other chronic diseases. Prior to his research in this area, work disability was believed to be almost exclusively determined by the severity of disease or by the extent of benefits one could expect to receive if one left the labor force. His research has shown that, on the micro level, the way work is structured is a much more important factor and that, on the macro level, the structure of the labor market has a profound impact on work disability rates. This work has resulted in over 50 publications on employment

A second major thread to his research concerns studies of the impact of changes in the health care system on persons with arthritis. Up to this point, most of the work in this area has been done with a large panel of persons with rheumatoid arthritis originally derived from the practices of a random sample of Northern California rheumatologists; some of the members of the panel have been followed for as long as 20 years through annual structured telephone interviews and periodic updates from their physicians. Briefly, using this data he has shown that the pre-paid group practice form of health maintenance organization provides similar kinds and amounts of care for rheumatoid arthritis and has achieved similar outcomes as fee-for-service settings over as long as eleven years. One exception indicates that the use of biological agents for the treatment of rheumatoid arthritis occurs less frequently in managed care settings than in fee-for-service, principally initiation of biological agents occurs less frequently in the former settings. As part of the research on the impact of the health care system, he has shown that rheumatologists achieved significantly better outcomes than generalist physicians, and their patients use fewer resources. A R01 grant jointly funded by the Agency for Health Care Research and Quality and NIAMS, two funded by the Arthritis Foundation, and two funded by the State of California expand the research on the impact of the health care system to persons with systemic lupus erythematosus (SLE). These grants have resulted in the development of large panel of persons with this condition (close to 1,200 at present) who have been followed for seven years and who will, with present funding, be followed for at least four more. The SLE panel has been the subject of at least fifteen papers on the effect of various aspects of the health care system on utilization and outcomes. The R01 was recently refunded, this time solely by NIAMS, to test the extent to which differences among physicians in the quality of care for SLE account for disparities in outcomes by race/ethnicity and socioeconomic status.

The two large panel studies in RA and SLE, in turn, led to the successful competition for a P60 Grant, funded by NIAMS, for a Multidisciplinary Clinical Research Center (MCRC), for which Dr. Yelin is the Principal Investigator. The grant was extended for a sixth year (until two years from March 2010) based on meritorious accomplishment.

Dr. Yelin has also been involved in studies documenting the economic and social impacts of chronic disease and disability. As part of this research, he has been the lead author on two cohorts of the National Arthritis Data Task Force, convened by NIAMS and the CDC to establish the prevalence and impact of musculoskeletal disorders. More recently, he has worked with staff at CDC to develop a new method to assess the increment in direct and indirect costs associated with arthritis beyond the costs that would be expected in the absence of the conditions. This work has resulted in several publications in the premier rheumatology journal, Arthritis and Rheumatism, and in the CDC’s Morbidity and Mortality Weekly Report. Dr. Yelin also authored the chapter in the culminating document from the Bone and Joint Decade on the economic impact of musculoskeletal disease.

Finally, Dr. Yelin has been an active participant in the California Health Benefits Review Program (CHBRP). CHBRP, authorized by AB1996 and subsequently reauthorized twice, provides money to the Office of the Vice President of Health Affairs of the University of California System to analyze the medical effectiveness and public health and economic impact of proposed health insurance mandates. Dr. Yelin has recently been appointed Vice Chair of CHBRP and directs the UCSF Center, housed in the Institute for Health Policy Studies, which does the analysis of the evidence of medical effectiveness for proposed health insurance mandates. Since its inception in 2004, CHBRP has completed analyses of more than 60 proposed mandates covering such services as asthma education, smoking cessation, Alzheimer’s medications, chiropractic care, substance abuse treatment, post-mastectomy care, and transplantation among persons with HIV.