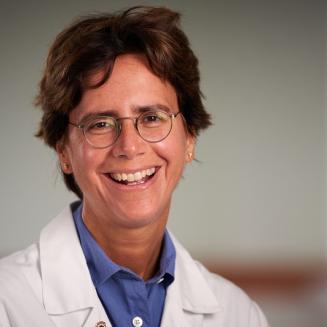 Dr. Sosa was born in Montreal and raised in upstate New York. She received her AB at Princeton, her MA at Oxford, and her MD at Johns Hopkins, where she also completed the Halsted residency program and a fellowship. Her clinical interest is in endocrine surgery, with a focus in thyroid cancer. She is widely published in outcomes analysis, as well as cost-effectiveness analysis, meta-analysis, and survey-based research.

Dr. Sosa is the newly elected editor in chief of the World Journal of Surgery, having served previously as deputy editor of JAMA-Surgery and associate editor of the Journal of Surgical Research. She is on the editorial boards of the Annals of Surgery, Surgery, Annals of Surgical Oncology, Endocrine, Hormones and Cancer, Journal of Thyroid Research, and the International Journal of Endocrine Oncology. She is Treasurer of the American Thyroid Association (ATA) and serves on the Board of Directors/Executive Council of the ATA, Society of Surgical Oncology, International Thyroid Oncology Group, and Association for Academic Surgery Foundation. She has served on ATA guidelines committees for hyperthyroidism, thyroid nodules, and differentiated thyroid cancer, and on the NCCN guidelines committee for neuroendocrine tumors.

Dr. Sosa has published more than 280 peer-reviewed manuscripts, 50 book chapters, and has authored/edited 4 books. She has been the recipient of grants from the NIH/NCI, Paget Foundation, the Association for Academic Surgery, the Donaghue Foundation, the American Geriatrics Association/Hartford Foundation, and the Connecticut Stem Cell Research Fund.