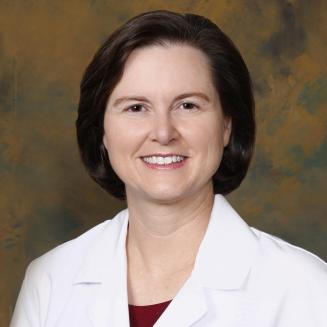 Dr. Walter is a clinician-researcher who is a national leader in evaluating the real-world risks and benefits of cancer screening in older patients. Dr. Walter received her MD from Stanford University in 1995. She completed a residency in internal medicine and a fellowship in geriatrics at UCSF. Dr. Walter joined the UCSF faculty in July 2001, and she is a geriatrician at the San Francisco VA Medical Center.

Dr. Walter has transformed our approach to cancer screening in older adults. She has developed novel methodology demonstrating the fundamental importance of life expectancy rather than age in determining benefits and risks of screening. Virtually every cancer screening guideline cites her research. Further, her studies of older adults in poor health documented the extent to which screening can lead to clinical harm. Her approach also forms the basis for the management of other chronic diseases (e.g., diabetes) in older adults.

In addition, Dr. Walter led a series of seminal studies demonstrating decisions to screen older adults for cancer are often dictated more by age than health such that many patients in poor health continue to undergo screening while many healthy older patients fail to get screened. Also, she discovered that cancer screening frequently leads to significant harms without benefit in patients in poor health and developed a taxonomy and quantification of screening harms. This research changed national VA quality indicators and convinced California state auditors to abandon their mandatory mammography policy for health plans that care for frail elders.

Dr. Walter is Principal Investigator of a $2.5 million Geriatric Workforce Enhancement Program grant from HRSA and Principal Investigator of a K24 mentoring award from the National Institute on Aging. Dr. Walter is strongly committed to mentoring the next generation of clinical investigators as evidenced by her receipt of the 2010 UCSF Academic Senate Distinction in Mentoring Award (given annually to one Associate Professor who provides exceptional mentoring) and her receipt of the Society of General Internal Medicine's Research Mentor of the Year Award in 2013.